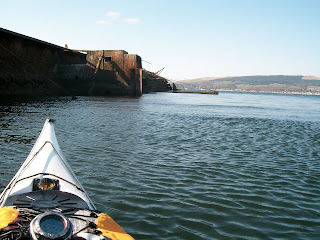 I recently paddled aroung the sugar boat  which lies just off helensburgh on the clyde. I have seen this wreck for many years and never knew anything about it. I pulled the following statement off the local clydesite magazine this is an online magazine on the clyde.
Locally referred to as "the sugar boat" she lies on a sandbank at the Tail o' the Bank (the upper firth anchorage) near to the promontory of Ardmore Point and was the Greek cargo ship CAPTAYANNIS.
On the evening of 27th January 1974 the area suffered from a terrific storm which blew the vessel from its anchor (it was waiting to deliver sugar to the James Watt Dock) and caused it to collide with the BP tanker BRITISH LIGHT. The tanker suffered no damage but the anchor chains of the tanker holed the sugar boat allowing water to pour into her.
Her captain decided to try and make for the sheltered waters of the Gareloch but realised the waters were flowing in so fast she was in imminent danger of sinking, the best thing to do was beach her in the shallow waters over the sandbank and he steered her to the desired spot where she stuck fast and started to heel over.
Why has she never been removed? Much confusion surrounds the identity of her owners, and no-one is willing to be responsible for her removal. There were once plans to have her blown up, but Ardmore Point is a sensitive bird sanctuary and there were fears such a drastic course of action would have negative repercussions - so it seems she will remain there until every piece of metal has rusted away. 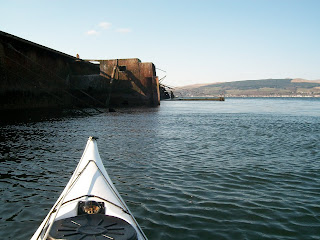 The trip out to the sugar boat was fun with a following sea which picked me up and pushed me along at a fast pace. I dropped into the lee side of the boat and enjoyed the protection from the wind. 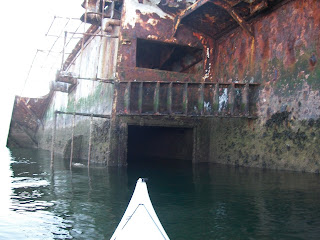 Even though she has ben here for 36 years she is still a solid structure. 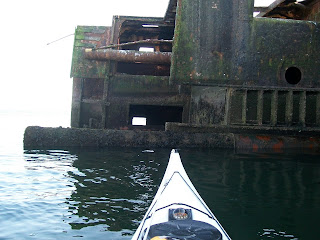 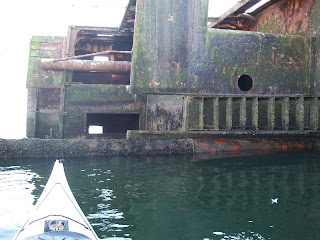 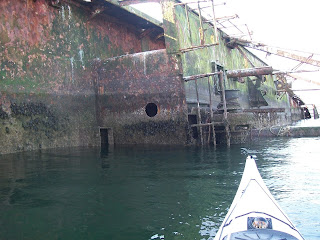 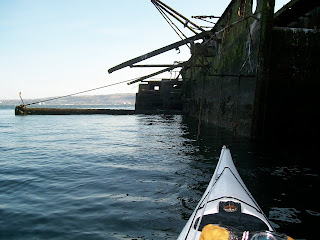 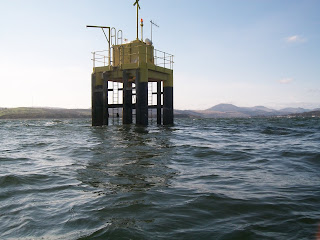 On the way back to shore I passed this deep water marker. The wind was now blasting down the channel from Gareloch which made forward progress hard work but very enjoyable with beautiful views back up the Gare loch.
Posted by Alan Wilson at 7:08 pm