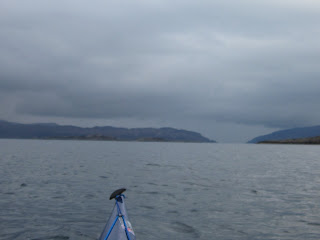 When I left Carsaig Bay the tide and current were pushing me north towards the Dorus Mor at an alarming rate. I could not take any pictures as the water was changing direction as I paddled nearer. You could see the current moving across in front of you. It was the same as breaking in and out of an eddy line but in the middle of the bay!!!!! there was a current moving from left to right then metres later it was moving in the opposite direction from right to left. which had me very nervous all the way through the Dorus Mor. Large areas of water were pushing upwards giving the impression of flat calm from a distance but as you got closer you could see it was moving in all directions!!!!!! I was hyperventilating as I PLF my way through. 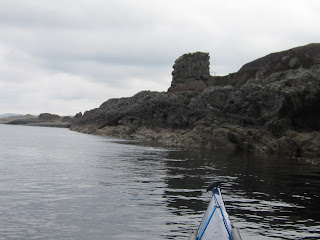 once I was through the Dorus Mor I came across this stack of rocks. It looked man made. At first I thought it was the remains of a chimney stack. 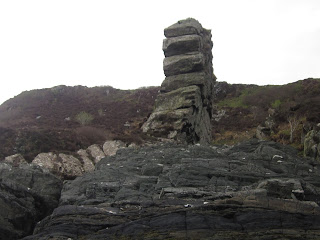 Not a chimney stack but a natural rock formation. Beautiful. 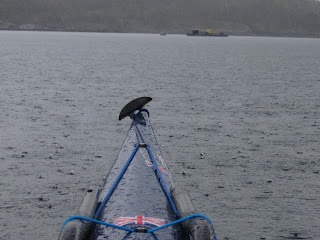 I love paddling in the rain. It looks as if the water is boiling. 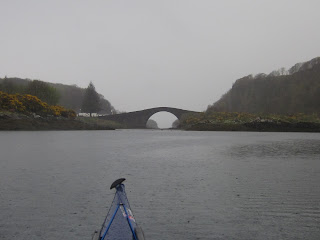 The Bridge over the Atlantic at Clachan. 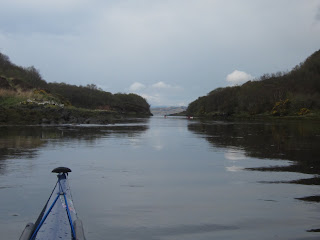 Clachan Sound north of the bridge. 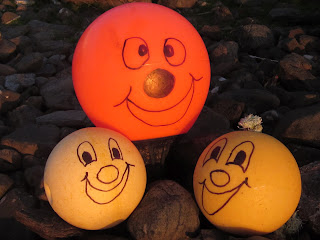 Found these guys when I made camp. Some so called friends (I will call them friends) thought it would be funny to always reffer to me as Tom Hanks and his companion Wilson from the film Castaway. So I brought along a marker pen and sent them this picture. Made me smile. Sad I know but still funny. 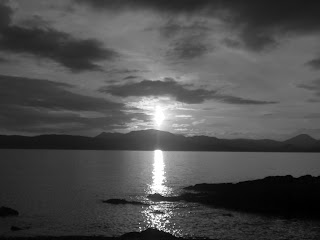 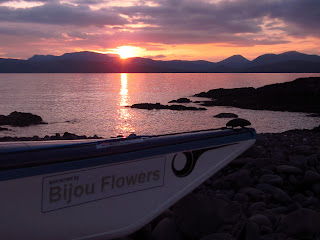 beautiful view of Mull.
Posted by Alan Wilson at 4:52 pm