The last paddle i was on was ment to be with friends! we had planned to take the ferry across to Arran and drive over to the west coast and go for a paddle over to carradale.But due to a major wardrobe malfunction i had to make a mad dash back to Ayr and collect my drysuit. only to pull up as the ferry was leaving the pier. opppps!!!! 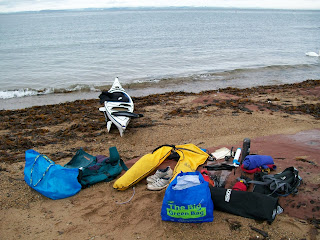 After some quick thinking from douglas and phil we planned a recovery paddle. they would leave my kayak at the ferry terminal and i would go for a trip around the Holy Island while douglas and phil would stick with the original plan. 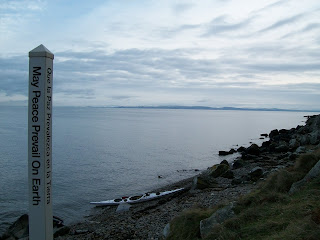 I picked up my kayak and paddled south to the Holy Island. On the east side of the island there is a wee pebble beach with a white post. Written on the post in four languages was "May peace prevail on earth" which brought a wry smile to my face as i was reminded of an incident when friends landed not so long ago and were threatened with having wild ponys set on them. Very peacfull. 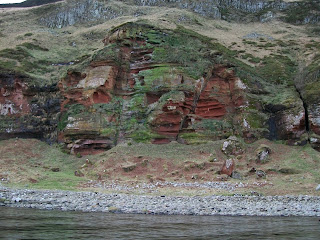 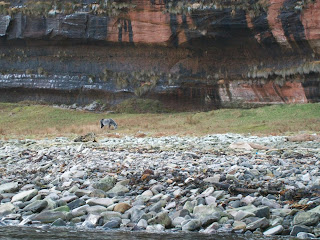 One of the wild ponys looking very calm. 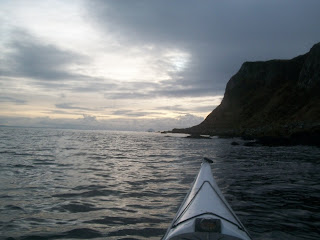 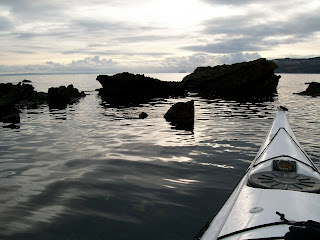 at the south of the island there are a group of rocks that you can have some fun and weave in and out of. 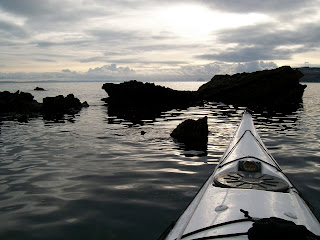 On the way back to Brodick i was very lucky to see two otters playing. I got a video of them playing but i am having real problems posting it on here. Think the file is to big i will try and post it later.
Posted by Alan Wilson at 7:42 pm